Pattypan squash stuffed with mushrooms, a must try!

It’s rare to see this strange vegetable, which we don’t really know very well, but we tested a great recipe for you this summer, and it’s really to die for: a pattypan squash stuffed with mushrooms! And yes, the pattypan is a summer squash that comes from Central America. We found some local ones during our trips to France.

We also talk about a cake that comes out of a festoon mould that is grown during the summer period, and that can be eaten cold, hot, pureed, in a salad, or stuffed. For our first recipe with this very original super vegetable, we tested a stuffed pastry recipe. We give you all the steps one by one.

For 3 people you will need:

STEP 1: Heat water in a large pot, and let it boil. When it’s done, put the whole pattypan in boiling water for 25 minutes. If you have a small pattypan, cook it for 10 minutes.

STEP 2: After your cooking time, take the pastry out of the pan, then let it cool down to cut the cap, then remove the seeds. Then remove the pulp (without breaking the skin of the pastry), and set it aside.

STEP 4: Meanwhile, preheat your oven to 180°. Then add salt and pepper to your preparation. After 10 minutes of cooking on low heat, put your preparation in a bowl, and add your fresh cream and half of the cheese. Mix well.

STEP 5: The most complex step (and nothing is too complicated :)): stuff your pattypan. To do this, put your pattypan skin in a dish that goes in the oven and stuff it with your preparation. Add the rest of the cheese on top, and close with the pastry cap.

STEP 6: Cook for 20 minutes at 180° and it will be perfect! You will love it. Do not eat the skin, only the inside of your pattypan squash stuffed with mushrooms! 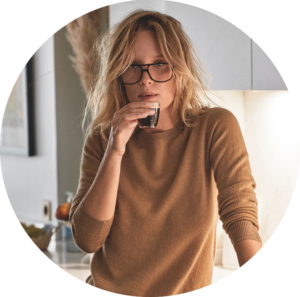